Agra, the name brings to the mind the magnificent monuments of yore, which continue to amaze all till date. Every nook of the city resonate the tales from history. Tourists in Agra can revel in the verve that can be seen in hustle and bustle all around the city.
The place is the perfect travel destination, where tourists can witness the perfect amalgamation of various cultures that have been a part of this sub-continent. 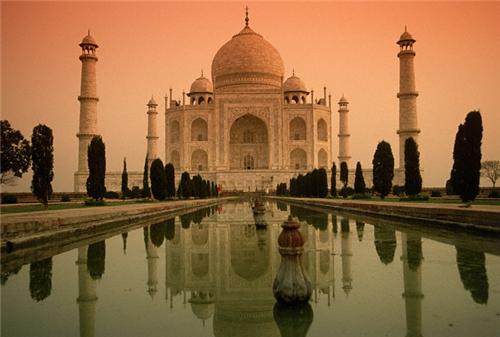 This exquisite piece of architecture in marble, one of the three World Heritage Sites present in Agra, is located on the south bank of River Yamuna.
An interesting fact about this position is that Taj Mahal can be viewed from Agra Fort. The construction of this masterpiece of a monument began in 1632 AD and came to an end in 1648 AD.
Taj Mahal is built of marble and has verses from the Koran engraved on it. It houses the tombs of both Mumtaz Mahal and Shah Jahan in the lower chamber. 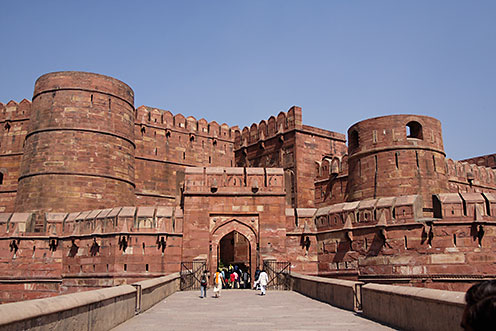 Agra Fort, also known by the name of Red Fort or Lal Qila of Agra, is the second of the three World Heritage Sites of the city.
Located at about 2.5 km northwest of Taj Mahal, the fort had been built by the great Mughal Emperor, Akbar, as a walled city in 1565 AD.
The fort houses quite a number of striking buildings, which include the Diwan-i-Aam, the Diwan-i-Khas, the Anguri Bagh, Khas Mahal, Sheesh Mahal, Mina Masjid, Nagina Masjid and the Musamman Burj.

This is the famous tomb of Mirza Ghiyas Beg, Jahangir’s chief minister, that was built by his daughter Empress Nur Jahan. Also known as baby Taj because of the placement of Empress Nur Jahan’s parents’
Tombs that was later replicated in the Taj Mahal, the mausoleum was built on the bank of river Yamuna. This “jewel box” is also the resting place of many of her relatives.

One of the four temples located on the four corners of the city that were constructed in the honour of Lord Shiva is the Mankameshwar Temple. The position of the temple is very suitable for tourists visiting the area with it being near the Jama Masjid, the Taj (about 2.5 km away) and Agra Fort (about 1 km away). 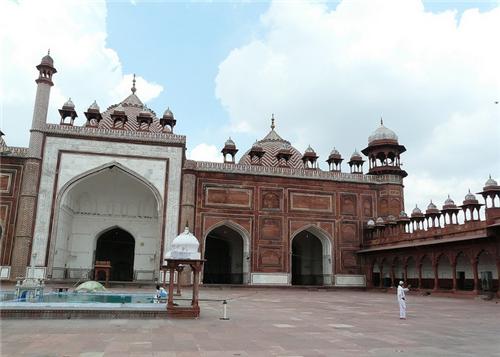 Also known as the “Friday Mosque” or the Jami Masjid, this is a large mosque built by Shah Jahan right opposite to Agra Fort for his loving daughter Jahanara in1648 AD. The unique thing about this mosque is its unusual dome with no minarets.

Chini ka Rauza is the mausoleum of Maulana Shukrullah Shirazi, the prime minister of Emperor Shah Jahan as well as a noted poet of the times. This masterpiece is well known for its detailed ornamentation and use of blue glazed tiles.

Ram Bagh is the oldest garden built by the Mughals in India. It is situated on the bank of river Yamuna about 2.34 km north of Taj Mahal.
The original name of this garden built by the Emperor Babar for his relaxation was Aaram Bagh (meaning the 'Garden of Relaxation'). This is where he died and where his body was kept before it was sent to Kabul.

Mehtab Bagh is situated right opposite to the Taj Mahal on the other side of the Yamuna. This exquisite natural beauty is also called the ‘moonlight garden'. 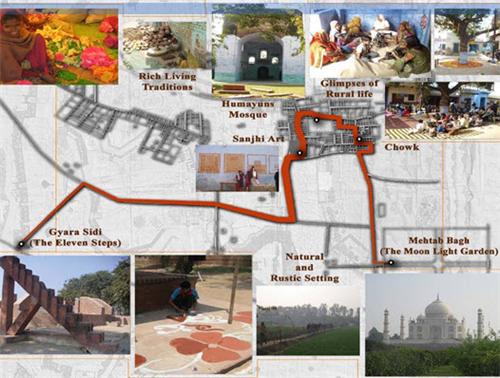 The Mughal Heritage Walk, a part of community development programme supported by the Agra Municipal Corporation, is a beautiful one-kilometre circle connecting the bank of river Yamuna with the ancient village of Kuchhpura, Mehtab Bagh, the Mughal aqueduct system, Humanyun Mosque and the Gyarah Sidi.


The Cathedral of the Immaculate Conception

The Cathedral of the Immaculate Conception, the seat of the archdiocese of the city of Agra, is located on the Wazirpura road.

Here are some of the weekend getaways from Agra.

Mathura, the nerve centre of Braj or Brij-bhoomi being the birthplace of Hindu deity Lord Krishna, is located about 60 km from the city of Agra, with Delhi being 145 km on its north-west and Vrindavan about 11 km away from it.

The twin city of Mathura is Vrindavan, the place where Lord Krishna is said to have spent his childhood making it one of the most important religious places for all Hindus.

The Keoladeo National Park (earlier called the Bharatpur Bird Sanctuary) located in Bharatpur, Rajasthan is a famous bird sanctuary of India; it is about 56 km away from Agra.
The winters see a huge number of unique and endangered species of birds (over 230 species) flocking to this place, which makes the place a hot favourite among ornithologists. The Keoladeo National Park is a World Heritage Site as well as a protected sanctuary.