Agra Balkeshwar Temple is devoted to the Hindu Lord, Shiva, and is an ancient temple of the Agra city. In Agra there are around 4 most important temples of Lord Shiva that are located in the four corners of the city.
This Balkeshwar temple is also among those popular one and is located on the bank of Yamuna river at Balkeshwar Colony.  On Shivratri, the shivlinga is adorned by the Rudraksha every year. 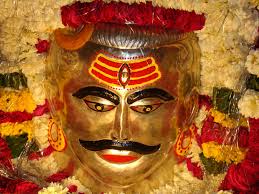 Balkeshwar Temple in Agra Uttar Pradesh is a center of attraction for both the local and tourists from all over the world visiting this Agra city, and holds the beliefs in the heart of every visitor that the prayer offered at this temple are directly heard by Lord Shiva.


How to Reach Balkeshwar Temple in Agra

As per the distance is concerned, it is just about 2 kilometers from Agra. This nearby location of the temple mostly resolves the accommodation problem for tourists, as they can stay in the hotels of Agra and can have a pleasant visit to Balkeshwar Temple and get the opportunity to be blessed by Lord Shiva.
Balkeshwar Mandir is situated on Ramratan road that is at the northern part of the Agra city and is very close to Agra railway station. There are several auto rickshaws, cabs, taxis that are available outside the railway station and can be hired to travel to this temple. Further, there are several inter city buses that run from within the city and visitors can travel from anywhere in the Agra city to this temple.
Balkeshwar Temple Address: Panchayati, Kamla Nagar, Agra, Uttar Pradesh - 282004
Read More About Agra, Administration in Agra, Agra Road Trip, Agra ka Petha, Agra Beyond Taj Mahal, Agra Fort, Ambulance Services in Agra, Architecture of Taj Mahal, Black Taj Mahal in Agra, Buses from Agra, Courier Services in Agra, Chemists in Agra, Culture of Agra,  Emergency Services in Agra, Fast Food in Agra, Golf Club in Agra, Hotels near Taj Mahal,  Important Links of Agra, Top Restaurants in Agra, Mental Hospital in Agra,Veg Restaurants in Agra, Property Dealers in Agra, Lifestyle in Agra, One Day Trip from Agra, How to Reach Taj Mahal, Art and Craft Classes Agra, Gyms in Agra, Banquet Halls in Agra, Chini ka Rauza Agra, Kailash Fair in Agra, 3 Star Hotels in Agra, 4 Star Hotels in Agra, 5 Star Hotels in Agra,  Govt Hospitals in Agra, Balkeshwar Temple in Agra, Fatehpur Sikri, Kailash fair, Jama Masjid, Chini ka Rauza, I'timad-Ud-Daulah's Tomb, Keetham Lake, Akbar's Tomb, Mehtab Bagh, Food in Agra, Emergency Services in Rajasthan, Taj Mahotsav,  tomb of Itmad-ud-Daulah, Agra Fort.