The sleepy, dusty township of Bateshwar lies just about seventy kilometers drive by road from Agra. It is a temple complex having the reigning deity as Bateshwar Mahadeo and the entire complex dotting the banks of the Yamuna is made up of 108 temples.
The entire place comes alive and is bursting at the seams literally during the months of November and December.  It is the time when the devotees of Lord Shiva and belonging to the Shaivite sect assemble at Bateshwar Mahadeo to take a holy dip in the waters of the sacred Yamuna River to seek the blessings of the Lord himself.
Bateshwar is said to be the birth place of Lord Krishna’s mother. It is also known to be the birthplace of the twenty second Tirthankar of Jains namely the Tirthankarka Nemichand.
The hall mark of the Jains' presence in Bateshwar are the intricately carved Jain temples that are easily distinguishable from the one hundred one white marble temples that line the clay cliffs along the curve of Yamuna. 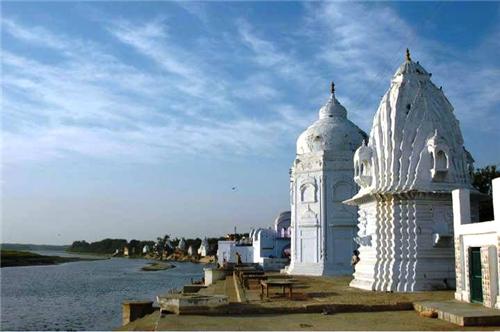 Bateshwar is famous as the son of the four dhams or major pilgrimage and it is said that once someone has completed the four dhams of Badrinath, Dwarka, Jagannath Puri and Rameshwaram.

The Bateshwar Fair is the grand magnum opus of fairs in the country and is marked to commemorate the visit of the Lord Shiva who had rested under a large ‘Bat Vriksha’ or Banyan Tree. Besides the attraction of seeing a multitude of products of the rural Indian industry and craftsmanship.

The Animal and Livestock Fair of the Bateshwar township is famous for its initialization a mere two days before Deepawali festival. The fair lasts three weeks with each week having highlights for various animals
The last week of the fair that heralds the gaiety and the peak of celebrations with wonderfully decorated stalls and elaborate ceremonies being performed at all the fabulous temples lining the ghats. 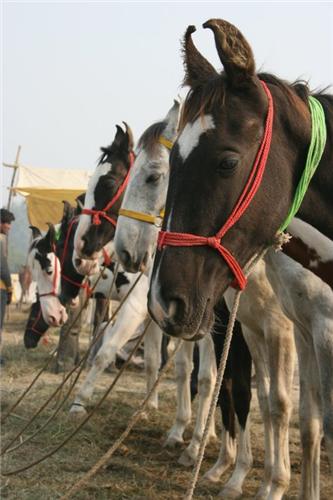 Along with the animals are large varieties of birds that are also displayed here. Some of them are pet songbirds and many of them are various genealogies of parakeets and parrots.
Many of the animal lovers fondly decorate the feet of the animals with metal anklets (usually brassware) that ring musically when the animal prances about.
Many a visitor to the fair can purchase any number of ornaments for their own animals.

The main attractions of the fair are the several immensely interesting stalls that have a huge variety of rural products ranging from utensils, cloths, tie and colorful scarves and veils besides an enormous amount of finger food that is a gourmet’s delight.
The food stalls, too, have a tremendous variety of edible fare that is delectable and exhibits a variety of vegetable preparations ranging from the humble potato to any number of vegetables and fruits.