The magnificent Taj Mahal has enough reasons to be connoted as one of the Seven Wonders of the World. This splendid dome is erected in Agra, Uttar Pradesh, on the banks of Yamuna. Whether you gaze at this magical monument under the sunshine or under the sparkling moon light, this marvelous creation of shining white marbles will make you go head over heels. 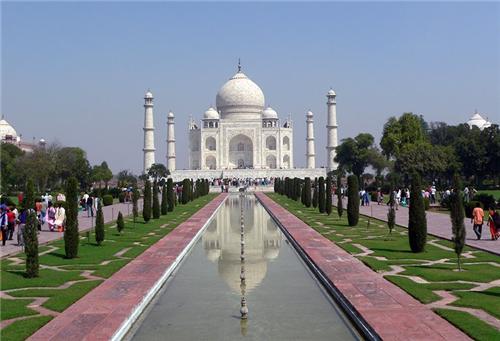 Taj Mahal had been erected in the remembrance of the Persian beauty, Mumtaz Mahal, also the wife of the great Mughal Emperor Shah Jahan. In 1631, when the Mughal Empire was prospering profusely, Shah Jahan’s third wife, Begum Mumtaz had gone into deep sleep while giving birth to Gauhara Begum, their 14th child.
The emperor was in deep love with his companion. He was so grief-stricken by this huge loss that he decided to dedicate the White Mahal to her as a remembrance of love and affection.

The construction of this world famous Taj Mahal commenced in 1632 and ended in 1648. The adjoining garden and buildings were completed five years later. Hence the inspiration of Taj Mahal has come from the despair of Shah Jahan for his beloved. 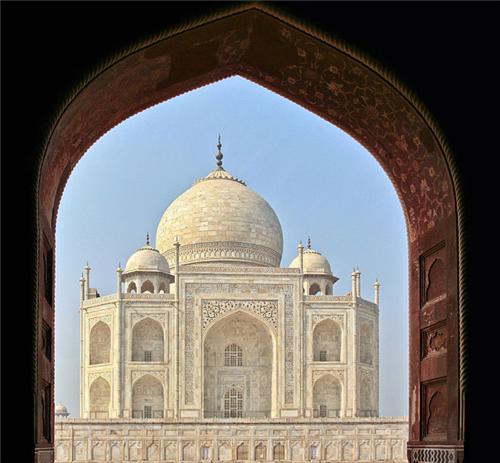 It was on June, 17, 1632, that Mumtaz breathed her last leaving all her children and soul-mate behind. It was known that Shah Jahan had promised her Begum not to remarry. The Mughal Emperor was so heartbroken that the entire court mourned for two years. The Mughal ruler was determined and desperate to build a monument in late Mumtaz’s loving memory.
Initially the queen’s body was temporarily buried in Zainabadi Garden in Burhanpur. In another six months her body was removed to a garden on the riverside of Yamuna in Agra. Shah Jahan instructed to build a mausoleum named Taj Mahal on this plot of land that Shah Jahan had acquired from Raja Jai Singh.
A team of the professional architects was gathered to work out on a plan of building the tomb. It is known that Ustad Isa, a skilled Persian architect was given the noble duty to design the monument. Ustad Ahmad was the master architect behind this historical edifice.
The dome was modeled by Ismail Khan. The dome was shaped by incessant toiling of 22,000 laborers for over 22 years from all over the globe. The best quality white marbles were brought from Markana, a district neighboring Jodhpur.
To enhance the beauty of Taj Mahal, precious stones were procured from distant places. The interior of the imposing burial chamber was ornamented further with gold lamps and Persian carpets. At the main entrance, two daunting silver gates were placed. 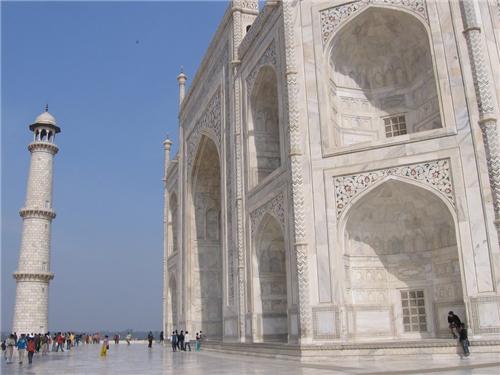 It is learnt that, post completion of the structure, Shah Jahan inspected the Taj and immediately ordered his people to cut off Ustad Isa’s right hand. Shah Jahan committed this heinous crime just to make sure that a similar edifice may never be erected by this great master architect.
Thus the history of Taj Mahal is enriched enough to urge one to study even more. It truly reminds one of the exertion and hard work of the laborers, who worked day and night to bring the dream into reality.