Agra was the capital city of Mughal empire for several years during the reign of Akbar the great. Several buildings were built during this period and are now known as the historical monuments and are the great attractions for the visitors of Agra city.
Jama Masjid is among the one. The popular Jama Masjid is located in several cities such as Delhi and Jaipur, however, the one located in Agra has a unique place in Indian and Mughal history in India.
As per the location of this Masjid is concerned, it is located near the iconic Agra Fort and the areas of railway station are clear from it. It is also popularly known by another name of "Friday Mosque". It is among the largest mosque built by Mughals in India. 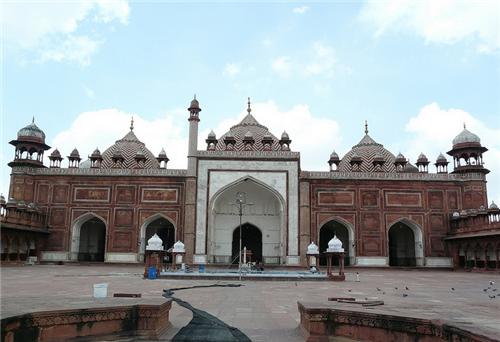 The root of the Jama Masjid was kept by the Mughal emperor Shah Jahan in 1648. This was dedicated to daughter of Shah Jahan Jahanara Begum. The construction of Jama Masjid was undergone by about 5,000 workers who worked daily to complete the construction in around 6 years.
The red sandstone and white marbles are the major materials used in its construction. The architecture of this monument is mind blowing and the lotus and Kalash finials are formed on the bulbous domes.
There are lot of things that show the talent of the architects of that period and visitors admire this beauty and talent throughout the year.

The interior walls of it are scripted in a Persian style where the words of praise for Shah Jahan and Jahanara are written. The use of black marble can also be seen. The Muthamman Chowk is the popular area that covered the distance between the famous Jama Masjid and Delhi Gate. 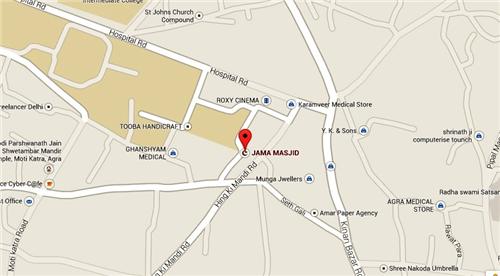 The wings on the prayer wall and panels of the building are beautifully designed with sandstones. They mostly resemble with the one in Taj Mahal.