Localities and Areas in Agra

Agra has grown with time and as it grew so did its many localities that dot both sides of Yamuna River. From a small township located on one side of the river the newer areas began to be added on with the arrival of fresh and newer inputs of settlers.
The reasons for this could probably be rooted in the two facts that the city of Agra is just about two hundred odd kilometers from the National Capital that is Delhi and is also a prominent tourist spot having some internationally famous tourist landmarks.

Taking the localities on the right bank of the Yamuna River one finds the Etmadpur district spread all along its expanse.These are the Yamuna Bridge towards the eastern part of the city and the other point is the Agra bypass road in the north eastern part of the area.
Some of the old buildings lined along the river present a picturesque view even though a number of encroachments by way of temporary huntsmen have come up along the river embankments. 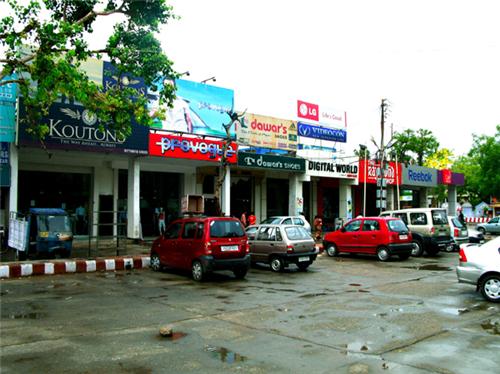 At the very center of the city are located the areas of Loha Mandi which had probably been an iron trade centre in bygone times and still bears some marks and remnants besides being a thriving population hub and market.
Another locality in the interior of the city is the Mantola and Shahganj areas whereby the older part of the population lives. The modern and the traditional rub shoulders together here. The northern part of Agra is dominated by the relatively newer extension of the city which has been designated as Dayal Bagh area.
Then there is the apical part of the city comprising the north western areas which have been called Civil lines, Khandari and Sikandra areas. The localities of the southern sectors are the oldest as these were the settlements that grew in size and design as gradually people from ther regions of Uttar Pradesh began joining them.
There was a large variety of handicrafts that emanated from this region and almost all the luxury items required in the Mughal ‘darbaar’ or they had royal patronage at one time were created and supplied from here. This south eastern part of the Agra precincts has the areas of Idgah, Rakabganj and Tajganj.

The Idgah locality is of course famous because of its Mughal period Idgah where people assemble for offering collective prayers and also holding festivals and fairs on special occasions.The Tajganj area is proximal to the location of the Taj Mahal and is the place where many of the marble workers sell their wares of inlaid marble boxes and mini Taj Mahal replicas.
All these localities’ at one time had been villages or small settlements which gradually came into the fold of the city with its ever expanding lines as also the increasing population. In fact the river Yamuna itself has three localities’ named after it there is the Yamuna bridge area, the Yamuna Kinara area and the Yamuna bridge Agra area!
Read More About Agra, Administration in Agra, Agra Road Trip, Agra ka Petha, Agra Beyond Taj Mahal, Famous Agra Fort, Ambulance Services in Agra, Architecture of Taj Mahal, Black Taj Mahal in Agra, Buses from Agra, Courier Services in Agra, Chemists in Agra, Culture of Agra,  Emergency Services in Agra, Fast Food in Agra, Golf Club in Agra, Hotels near Taj Mahal,  Important Links of Agra, Top Restaurants in Agra, Mental Hospital in Agra,Veg Restaurants in Agra, Property Dealers in Agra, Lifestyle in Agra, One Day Trip from Agra, How to Reach Taj Mahal, Art and Craft Classes Agra, Gyms in Agra, Banquet Halls in Agra, Chini ka Rauza Agra, Kailash Fair in Agra, 3 Star Hotels in Agra, 4 Star Hotels in Agra, 5 Star Hotels in Agra,  Govt Hospitals in Agra, Balkeshwar Temple in Agra, Fatehpur Sikri, Kailash fair, Jama Masjid, Chini ka Rauza, I'timad-Ud-Daulah's Tomb, Keetham Lake, Akbar's Tomb, Mehtab Bagh, Food in Agra, Emergency Services in Rajasthan, Taj Mahotsav