Prithvi Nath Temple in Agra is the oldest temple of the city and is devoted to Lord Shiva (Mahadev). The deity of Mahadev is placed in an old and small temple that looks like an ancient residential spot.
This place is untouched by the urbanization that has taken from time to time in Agra city, however, some changes have taken place to recover the old ruins of the temple. 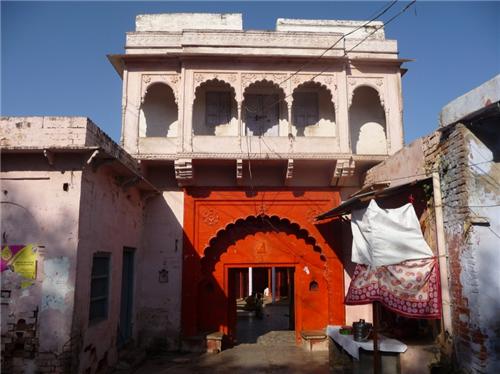 In the interior of the Prithvi Nath Temple in Agra there is a sacred bull of Hindu Mythology, Nandi, that stands facing the main deity of Shiva in the center of the temple courtyard.
The deity of Lord Shiva is believed to be several hundreds of age and still remains the same, the exact time period of it is unknown in the history. It holds importance amongst the four major Mahadev temples of Agra city that are located in the four corners of this tourist place.
This temple is highly crowded at the time of festivals in Agra, specially Shivratri. This temple has a unique style of celebrating the Shivratri festival where there is a huge population of Shiva devotees to offer Dhatura, milk and belpatra to the Shivaling. Prithvi Nath Temple is located in Shahganj that falls on way to Agra-Jaipur highway.

The hotels available here to facilitate the accommodation facilities to the pilgrims visiting Prithvi Nath Temple offer reasonable rate and also depends on the type of facilities they avail. There are all types of hotels that suit the budget of every visitor. Hence, the proper accommodation available near this temple acts as a promoter of visitors to this Mahadev temple.

Some of the best hotels and restaurants near Prithvi Nath Temple are as follows: