While Agra may seem to be a quaint, ancient city with a majestic and dignified character with probably very little to do with sports it is interesting to note that the old edifices are no daunting aspect for those who aim to aspire high. 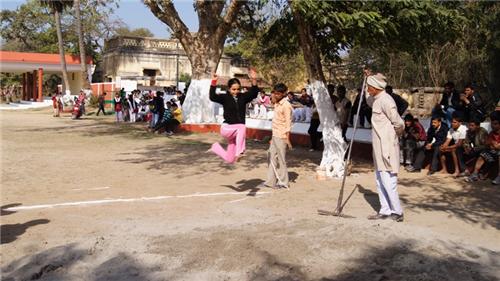 The Golf Club of Agra is the pride and joy of this charming city. It is one of the most unique nine-hole golf clubs of the world. While the golfers go around hitting the golf balls around the lush greens of the golf club, the golfers as well as others have the pleasure of savoring the majestic beauty of Taj Mahal as a backdrop. The experience is breathtaking to say the least. Many of the golf buffs always play a game or two before going back and most non golfers also make the effort to play a hole or two usually just to have the exquisite pleasure of being in the presence of the sublime mausoleum to love.

The golf course is an eighteen-hole par thirty six course that spreads over an expanse of seventeen acres. The course characteristics show that it has two easy par fives, four medium level par fours and very tough par threes. The entire golf course is kept green and lush all the year around with the help of its modern sprinkler system. The greens have been so refurbished to be certified through the USPGA standards.

After a long drawn game one is bound to feel relaxed and very chatty in the aesthetic surroundings of the old world charm of the restaurant. It is equipped with all the modern amenities, including a well appointed bar and provides a heavenly succor in its air-conditioned environment after a hot and bothered day spend on the greens. 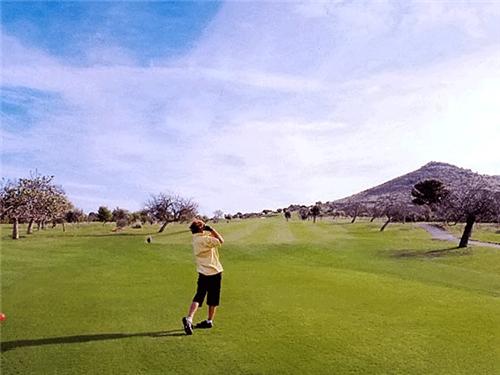 This Cub has been recently renovated and all the aspects of modern games and newer accessories have been added only to ensure that the sports enthusiasts visiting the various places in Agra do not get bored. There are various sports that one may find one can indulge in or even have a serious set for the sheer pleasure and exercise at the Agra Club.

Swimming is among one of the foremost pleasures one can find in the twenty five-meter-long and fifteen meters-wide massive swimming pool at the Agra Club. At the deep end the water is 3.6 meters deep and the diving boards from which one may spring forth into the inviting waters are at heights of one meter, three meters and five meters. Not only is the swimming pool beautiful, wholesome and inviting but it is also kept hygienic with the help of the ionization plant that does away with the tedious and irritating task of adding chlorine regularly to the water to keep it clean. Thus the sensitive eyes of children are spared the painful reddening that one acquaints with the chlorine aftermath. One of the singularly attractive features of the swimming pool here is that there is regular all the year round special coaching for children to help them gain the benefits of swimming and in turn healthy limbs and physique. This is one of the most preferred ways of keeping the body toned and muscular while enjoying the pleasure of a hearty swim.

Table Tennis is another one of the attractive indoors sports enjoyed by those living in Agra and also those visiting. Well laid out tables and the latest well maintained equipment provide the best of facilities to the players as the balls tic tac across the net and bounce off the wooden flooring. There are few places that provide the pleasure of this indoor sports and many a tennis buff can be found bouncing the ping pong on their bats while waiting their turn at a tourney.

Lawn Tennis is another one of the sports that has ample playing facilities at the Agra Club. Boasting proudly of six grass surfaces for plying the game there is little doubt as to which is the favorite game of the Agra dwellers. Most parents send their children here for coaching so that they too can make a name for themselves in the world of Lawn Tennis like many young Indian youth are doing. The floodlit courts are the pride and joy of the city as these were the first Lawn tennis courts to get flood lights. The club has arranged for three tennis markers to be available at all times for playing with the members while there is a regular coaching programme that is run round the year. This one of the most popular sports of the city and the club is constantly upgrading its utilities for facilitating the users. There is some or the other plan always afoot for taking the lawns’ facilities further to produce international standard players. The Lawn Tennis courts are open to members and their wards for availing themselves of the benefits of the year round coaching classes.

The Squash courts are almost at par in providing all the modern amenities to their members. They have been upgraded to international standards and many a visitor to Agra can avail the opportunity of enjoying world class availability of Squash Courts that have teakwood flooring and have glass backing. There are no other such squash courts that can match these. There is a vast viewing gallery for watching the matches being held. During all times the Agra Club has arranged for three professional players to coach as well as play with the members to better their game. There are well laid out facilities for changing rooms and equipment lockers. Coaching classes are available all the around.

Billiards and Snooker games and tournaments are held in a fully AC hall that has the capacity to hold two majestic billiards or snooker tables. The equipment is world class and well maintained and the Agra Club management is on the lookout for always improving more and more upon the provision of facilities for its members. Here too there are professional markers available for playing with the member and even coaching the newer entrants into the game.

There are three major stadiums in Agra namely, the Ekalavya Sports Stadium Agra, the Sadar Bazar Stadium Agra and the Tourist Bureau Stadium Agra. The foremost stadium, the Ekalavya is among the most popular and hosts not only football and cricket tournaments to full capacity but also has entertainment programmes hosted here. Several eminent singers and musicians have performed here.

Click Here for more details on Sports Stadiums in Agra

Among the sports events that are linked with this stadium there are several prestigious matches that are associated with this stadium namely the CK Nayudu Trophy, the Cooch Behar Trophy, Hero Honda Women’s World Cup, Vijay Merchant Trophy and the Uttar Pradesh Under Nineteen besides a number of others. The Sadar Stadium has held a number of Ranji Trophy matches between 1934 to 1986. It has a a well laid out indoors seating and the stadium infrastructure is equipped with state of the art indoor lighting and acoustics or sound arrangements. The Tourist Bureau Stadium is one of the most popular ones among the youth of the city as they participate in a number of tournaments at this site all the year around.

Comments / Discussion Board - Sports in Agra