Agra has a huge population on enthusiastic and energetic young generation. There are many who are inclined towards sports, which also forms a popular recreation activity in the city. This is the reason why Agra has many famous stadiums.
Whether it is an indoor or outdoor sports, they are enjoyed by the people in Agra. Some of the most common games that are played in the city are football, tennis, golf, cricket and badminton. 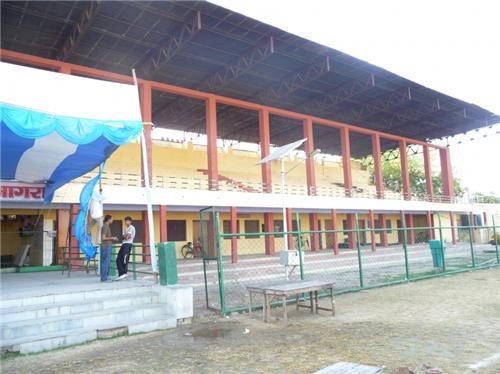 Sadar Bazar Stadium, situated in the Sadar Bazar area of Agra, was constructed in the early 90s. During 1934-1986, a number of Ranji trophy matches were hosted here. It is no less than a paradise for the sports lovers as it is sprawled over many acres of grassy land.
In order to make it attractive and appealing, it has been subjected to several renovations since it was established. There are up-to-date facilities available in the stadium such as a main indoor arena that is centrally air-conditioned and can accommodate huge gathering. It is also well equipped with lighting and audio systems so that the television transmission can be made.

Situated in the heart of Agra, Eklavya Sports Stadium is one of the most popular stadiums in the city. Serving as an all-purpose sports ground, this stadium not only organizes football and cricket matches but also many entertainment events get organized here. In the past, many concerts of great performers, singers and musicians have been held here.
It has numerous gates and can accommodate a huge gathering. It has also been used as a fitness centre by the youth of the city. When the matches are organized, this stadium becomes overcrowded. Some of the matches(cricket) played here are Cooch Behar Trophy, Vijay Merchant Trophy, CK Nayadu Trophy, Hero Honda Womens World Cup and Uttar Pradesh under-19 etc.

Tourist Bureau Stadium is also one of the main stadiums in Agra. It is easily accessible from all parts of the city due to its closeness to the bus stand in Idgah. It is an upcoming complexes in Agra and organizes numerous state-level cricket matches as well as inter-city cricket matches. Apart from these, many functions and events get organized by different colleges and schools in this stadium.

Other Stadium in Agra:

Explore more about Sports in Agra