Taj Mahal, the word itself spreads a feeling of royalty and the charm of the supreme foundation. The elegance of the Taj rolls down the River Yamuna, which undoubtedly stands as the sole witness of its history.
The ‘seventh wonder of the world’ is indeed a wonder in itself to see how the tragedy of life transformed it to a spectacular meaning of dedication and eternity. 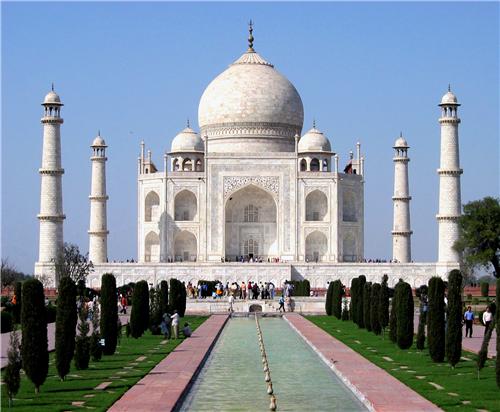 The Taj Mahal is the pinnacle of Mughal art and architecture, built during the reign of Shah Jahan, on the loss of his soul mate Mumtaz. This mausoleum reflects the blend of Hindu-Muslim culture. Taj Mahal was not constructed in a day. Click Here to Know More

The fifth Mughal emperor Shah Jahan was the son of Jahangir and Taj Bibi Bilqis Makani. During his life span from 1592-1666, the Mughal Dynasty saw a huge expansion of its territory. Shah Jahan was borned with the quality of his grandfather, Akbar.
He became the ruler after Jahangir’s death in 1927. Shah Jahan’s period is called as the Golden Period because of his deeds. He was firstly married to Kandahari Begum, followed by Akbarabadi Mahal and finally Mumtaz Mahal.
The Taj Mahal was built by Shah Jahan on the tragic death of Mumtaz. Besides Taj Mahal, Shah Jahan’s period saw various architectural formations like Moti Masjid (Agra), Red Fort (Delhi), Jama Masjid (Delhi), Lahore Fort (Lahore) and many more. It is said that the ruler had a great appreciation for art and architecture.
After the devastating death of his beloved wife Mumtaz, the emperor lived a shattered life. In 1658 he was confined by Auranagzeb at his death bed.

“The sight of this mansion creates sorrowing sighs and makes sun and moon shed tears from their eyes. In this world this edifice has been made to display, thereby, the Creator’s glory”- Shah Jahan himself made this quote (mentioned in Badshah Nama) while unveiling the beauty his wife’s tomb. 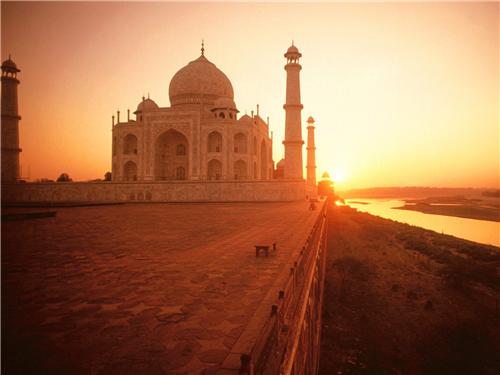 On a land of 42 acres, this epitome of love is raised. The land slowly dips towards the river Yamuna from south to north. The sepulcher, Taj Mahal is plotted into five major portions namely, Rauza or the main mausoleum, Darwaza or the Main Gate, Bagicha or the Gardens, Masjid or the Mosque and Naqqar Khana or the rest room.
The blend of Islamic architecture along with Persian and central Asian propagate the beauty of Taj Mahal throughout the globe as a message of love. The four towering minarets, each 162.5 feet high, on the four geometric corners of the square platform are deliberately kept shorter than the main dome. The divisions are briefly explained below:

The Main mausoleum or the Taj Mahal, which stands on a square platform, is 213 feet in height and 58 feet in diameter. White marble encrypted with intricate designs attract the attention of the viewers and mesmerize them.
Similar to any other Persian creation, the entrance of the tomb is followed by an arch-shaped gateway.
With a length of 180 feet on four sides, the base creates an unequal octagonal shape with gigantic vaulted archway on each side.
Replica of graves of the duo is placed in the main house, however the actual grave of Shah Jahan and Mamtaz Mahal are at the basement. The interior of the tomb is ornamented with various classy stones and metals. The Rauza is at 900 feet from the Darwaza. 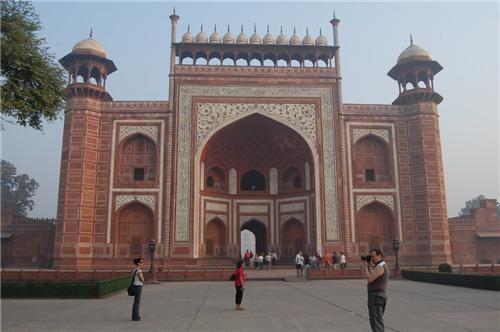 The 93-feet-high Darwaza was constructed between the years 1632-1638. The arch-shaped vertically symmetrical gate is entangled with flowers, vines, leaves. The motif of red lotus and Arabic calligraphy from Quran on the Gate reflect the symbolization of Hindu-Muslim cultural unity.

On the western side of the marvelous White Mahal, the mosque is located that faces the holy place of Islam, Mecca. The mosque is fabricated with red sandstones. The interior of the mosque is spacious and brilliantly designed with quotes from Quran.

On the eastern plot of the Taj Mahal, lies the mirror image of the mosque. This mirror image, built of red sandstone, is known as Rest House or Naqqar Khana.
This replica is constructed to retain the symmetry. As the purpose of foundation of rest house is still unknown, historians believe that this twin had been created to keep evenness and enhance the beauty.

The splendor of the Taj Mahal has been enhanced by the presence of a wonderful garden. The Persian style garden is divided into four parts. The pretty garden stretched from main Gate to the foot of the Taj Mahal is planned in such a manner that it retains the natural view. Click Here to know more on the Architecture of Taj Mahal


Taj Mahal as the Seventh Wonder of the World