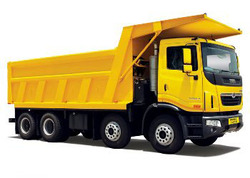 Agra is very populated city due to its own city population along with the travelers form entire world coming and visiting this city.
It holds sufficient number of transport companies to facilitate the transportation of man and material within and outside the Agra city.
Further, the tourist spot make it necessary for the city to have best and convenient means for transporting people from one destination to another.
Below are the list of major transport companies that provide their transport service to assist the proper and smooth flow of transport in the Agra city.

Explore more about Utilities and Services in Agra