Utilities and Services in Agra

Agra is one of the most highly-visited tourist places of India. The tourists take away the image of what they see around the city. Thus, providing basic services and utilities is important not only for the local people but also for the country as a whole.
Some of them are private while some are government run and they are present in all the fields such as postal services, electricity supply, water supply, packers and movers, etc. 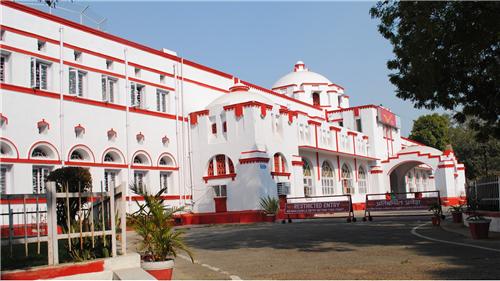 Every modern city needs a good Postal service. It is a necessary in every city as it aids to the basic need of conversation. It has recently been replaced by the internet among the urban crowd but still many prefer the post.
They can be used for speed posts, parcels, couriers, telegrams, etc. Many also use the post office for its financial services such as Postal Life Insurance, banking and sending and receiving money order and the various saving schemes available.
Head Post Office, Agra
Address: The Mall Road, Near, Pratappura Crossing, Baluganj, Rakabganj, Agra, Uttar Pradesh 282001
Phone: 0562 246 3886

The company undertakes all the activities related to distribution of power in the area of Agra. The company is supplied with bulk power at the rates quoted while bidding and the revenue is collected from the people of Agra at tariff demanded by Uttar Pradesh Electricity Regulatory Commission.

Agra, a host to around 1.80 million tourists in a year, has always faced various challenges for sewerage and water. The water supply and infrastructure limit have been regularly tested. Agra Jal Sansthan which is in charge of all the maintenance, water supply and revenue collection in the city, undertakes all capital works related to sanitation and water supply.

There are banks both private and public available in Agra. Many banks run their branches while almost all big and mid-level banks have their ATM operational in Agra. Banks are a necessity for any city. Banks provide one with insurance, loans and a safe haven for their money. The banks also provide one with debit and credit cards which aid them in the daily life.

The telecom service has boomed in the city with the rapid development. This has attracted many big telecom services to Agra. All the giants of the telecom industries like Tata, Vodafone, Airtel and Reliance are available here.
The government has also provided MTNL and BSNL services in Agra. This has also brought television to houses with the help of Dish Antennas, which can be found on top of every household in Agra.
The availability of internet is another advantage of the telecom service which has made life much easier for the people here. The internet has also helped in educating the people and students of Agra.

The people of Agra like knowing about the things going on locally, nationally and even internationally. The local newspapers along with the radio and other media aid the people in gaining knowledge of the current events from every corner of the planet.
Aaj, Amar Ujala, Dainik Jagran, Punjab Kesari are some of the leading Hindi newspapers and very much followed among the local crowd. The English newspapers include all the leading newspapers of India like Economic times, Hindustan Times,
The Hindu, Business Standard and The Times of India. The local FM Radio stations include Big 92.7 FM and Radio Mantra 91.9 FM which are also a source of entertainment.